Cannon Hinnant 5 Year Old North Carolina Boy Killed: The horrible news is coming from the small town of Wilson [North Carolina] Where a small kid has been killed by his own neighbor

You just imagine this for a second that your kids are playing in the backyard, Playing ball, Riding Bikes, whatever and having a good time there and their only job is to be kids

Five-year-old bleeding from the head and so so shocking for one and as I am writing this my hands are shaking!

The last Sunday on 9th August the police responded to Arthur’s Road, In Wilson, North Carolina 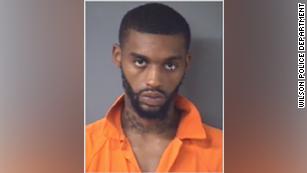 This is one of the saddest things in the world you can ever imagine, It’s parent’s worst nightmare

And once she seemed the way, Cannon Hinnant father reacted she knew that it was not  a joke & she ran back into the house to call police at 911

Well this the whole news about Five-year-old Cannon Hinnant and we pray that his good soul will Rest in Peace!